All media enquiries should be directed to Talking Smack author Andrew McMillen via the contact page.

This page contains selected press reviews and interviews that were published and broadcast around the release of Talking Smack, from July 2014 onward.

“In an effort to ease our jumpiness, McMillen, a young Brisbane journalist, has engaged 14 Australian musicians in a series of relaxed, grown-up conversations about their drug use. No matter what you believe about drugs to start with, this book will almost certainly improve your thinking. It will challenge your views here, reinforce them there; either way it will provide you with information, and only fools are afraid of that. There is enough high-grade talk here to remind you that an intelligent book is still the best stimulant of them all.” [read]

“This is a brave and important book. Regardless of your views on drugs, they are here, and that Andrew McMillen convinced some of Australia’s best-known musicians to speak honestly about them should be applauded.” [read]

“The candour with which [the musicians] confess how drugs affected their work, relationships and careers is voyeuristically fascinating. Without moralising, and with only a few interjections, McMillen allows his subjects to speak for themselves about the agonies and ecstasies of dabbling in legal, prescription and illicit drugs, from alcohol to cannabis, cocaine and methamphetamine.” [read]

“Talking Smack is a nuanced presentation of this debate and although this research is purely anecdotal, it could also be considered a collection of 14 case studies of how drugs are used in Australia’s nationally famous bands. From the dragon-chasing exploits of Paul Kelly to the virtually teetotalling Gotye – yes, you’ll be reassured he’s precisely the nice boy your mum suspected him to be – Talking Smack makes an ambitious wager: if we can have a sensible, honest conversation about drugs, maybe we’ll all be better off.”  [read]

“In cavassing the positives and negatives – and make no bones, there are plenty of dark tales here – McMillen’s non-judgmental book opens up new perspectives on the oft-cited but rarely talked about relationship between drugs and music.” [read]

“The book’s big surprise is that it is one of the few pro-drugs books on the shelves. McMillen acknowledges that he dabbles with intoxicants himself and so he has no moral barrow to push. Instead, he wants to investigate the role that drugs have played in various creative processes. The Brisbane journalist is sufficiently disarming to elicit some very candid stories and tells them in a non-judgemental way.” [read]

Tina Arena says weed helped her be self reflective, Phil Jameson says ice made him selfish and Wally De Backer has never seen the appeal of drugs to his art or his life. Author Andrew McMillen talks about interviewing 14 prominent Australian musicians through the lens of their illicit drug use, for his book Talking Smack. [listen / 13 minutes]

Jake: Have you ever tried using drugs and writing?

Andrew: No. I’ve considered it, but my thoughts behind that are that I’m very happy with the stuff that I come up with when I’m sober, when the strongest thing I’m on is caffeine. Your question kind of reminds me of the Gotye chapter, where he’s saying he can’t see that his life is lacking anything, that he feels the need to try these things to try and improve his creativity. I feel the same way about my writing. I can’t see how doing a few lines of cocaine or doing acid or something and then sitting in front of a keyboard and trying to write would necessarily improve what I’m writing. You think along different tangents and different paths when you’re under the influence of certain drugs, but for me, for now at least, writing is something best done sober. [read]

The phrase ‘sex, drugs and rock and roll’ makes you think of hedonism and reckless abandon from celebrity pop stars with more money than sense. But does it make you think of musical creativity? Journalist Andrew McMillen has interviewed some of Australia’s best known musicians – including Tina Arena, Gotye, and Paul Kelly – looking for an honest conversation about drug use within the music industry. [listen / 8 minutes]

McMillen believes more education and discussion of these aspects of drug culture would allow people to make more informed decisions and plan ahead, rather than jumping to drugs as an escape. “As I’ve found talking to musicians, it’s rare that drugs are going to solve a problem in your life, in fact they will usually add to your problems if you’re not careful and moderate with your usage,” he said. [read]

A former Bundaberg man has scored his first publishing deal with a book that explores the nation’s drug culture and our problems with talking about the subject openly. Told in part through the prism of 14 high-profile musicians and their frank accounts of their own experiences with drugs, Andrew McMillen’s book Talking Smack: Honest Conversations About Drugs is set for release today. A freelance writer and music journalist since 2007, Mr McMillen, 26, said the book came about after the University of Queensland Press approached him and asked him to pitch a book idea. [read]

Talking Smack’s 15 chapters total some 70,000 words, which McMillen said he managed to produce by devoting an hour each day to the project. “I think dipping in and out each day and taking one step at a time meant that I never became sick of it,” he said, nor did it interfere with his regular freelance assignments. And he encouraged other journalists to try their hand at the book-writing experience. “Absolutely do it, this has been the greatest achievement of my career – to talk to all of these musicians about a topic I’m so interested in, it’s just been a thrill.” [read]

Author of Talking Smack, Andrew McMillen, joined the program to talk about the impact drugs have on the music industry. [listen / 11 minutes]

Click the below images for high resolution versions. These images may be used freely, but with attribution – see note below. 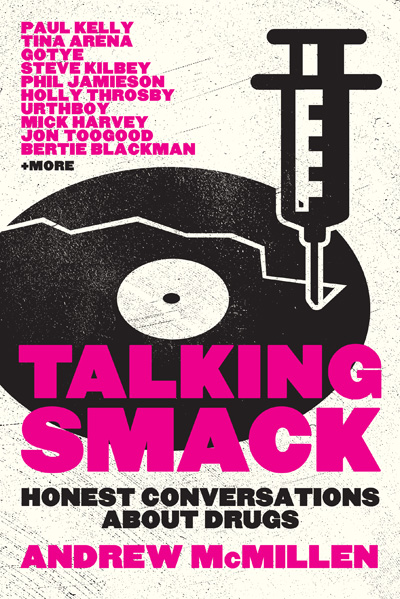 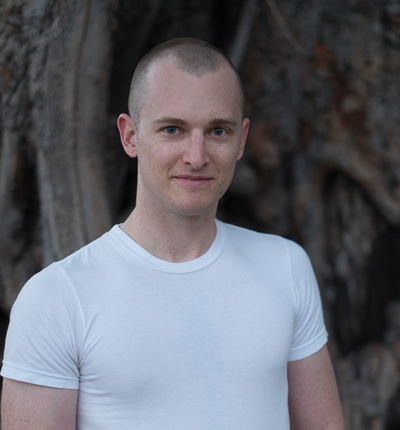